LEGAL TRANSLATION – WHAT MAKES IT DIFFERENT?

LEGAL TRANSLATION – WHAT MAKES IT DIFFERENT?

Broadly speaking, legal translation refers to the translation of court, administrative, procedural, notarial, official, and other legal and law-related documents. This is the task sworn translators, and legal translators in general, face in their daily work. It is worth seeking the assistance of such people if you need to get a translation of one of the kinds of documents mentioned above, and the consequences of disregarding this advice will be discussed later in this post. Those not involved in the translation industry may wonder if there is anything special about legal texts, or if they require special translation qualifications or skills distinct from the ones needed to perform other translation services. People often think that a translator of a given foreign language is someone who is able to translate everything, from a poem to a novel to a court ruling. Were I not a representative of this profession myself, I would probably be disappointed if a translator refused to translate a ‘simple’ contract, saying that he or she does not deal with legal texts… How come?

LEGAL TRANSLATION AS A SPECIALISATION

Translations of specialised texts are associated with specialist terminology, characteristic of a particular field of knowledge. More than the reader’s aesthetic impressions, special 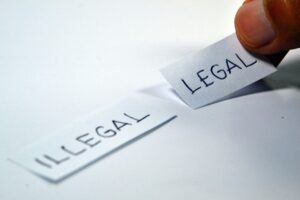 The first aspect of legal language is its so-called performative function. This means that language is a means of making changes in the reality that surrounds us. The simplest example is an Act of Parliament. It is through its text, adopted in a specific procedure, that the law is changed, namely an important part of reality that affects people’s everyday life is transformed. What taxes we will pay and what rules on the road we will have to follow depends just on the law enacted by the legislature. The second feature, particularly important from the point of view of translation, is the inextricable link between language and law. Since it is language in which law is enacted, and it is language in which law is spoken about, the words (terms) referring to particular legal institutions sometimes reflect very complex concepts, deeply rooted in the structure, theory and philosophy of a given legal system. And because legal systems are different, the terminologies of their respective languages also vary.

The features of legal language described above pose a challenge to the legal translator. It is not enough for him or her to look up an unfamiliar word in a dictionary, even the most specialised one. The translator must know whether the equivalent he or she intends to use in the translation will not cause the reader to associate it with some unintended legal structure in the reader’s own legal system, or whether it will not mislead the reader in another way, or whether the terminology used in the translation is consistent, etc. This goes far beyond the limits of a dictionary, even a legal one, and requires the translator to have considerable knowledge of his or her own legal system and the legal system that utilises a given foreign language.

In the case of the English language, the whole matter is even more complicated. First, because the vast majority of English-speaking territories belong to the legal tradition of common law, which – without going into details – is a culture considerably different from the culture of the European continental law, which Poland, for instance, belongs to. Second, even among the English-speaking countries themselves, there are differences between national legal systems, which give rise to terminological disparities in the legal English language (or languages?) itself. For instance, looking for an equivalent of the Polish word adwokat, we will come across terms such as attorney-at-law (USA), barrister  (UK, Australia, New Zealand, Ireland, etc.) or advocate (Scotland), and in each of these territories, the profession referred to above is regulated more or less differently and more or less resembles the specific legal professional in Poland.

THE LEGAL TRANSLATOR AND LAW KNOWLEDGE

A legal translator does not have to be a lawyer (such an additional competence being of great advantage, though) but must have a good understanding of law, knowledge of the state system, public administration, administration of justice and the language of law. They should preferably demonstrate some comparative legal competence. Legal translation also means responsibility. Translation errors in this field can have serious financial consequences for the client and the translator alike. Notably, the client may rely on a translation to make important decisions, such as whether to enter into a specific transaction or take further steps in court proceedings. A wrong decision based on a wrong translation, and hence resulting in damage, can surely land us as translators in more trouble than just a negative review on the Internet. Furthermore, Polish-English and English-Polish sworn translators are also subject to professional liability arising from the Act on the Profession of a Sworn Translator.

As a sworn translator specialising in legal translation, taking great interest in this subject matter also in my free time and as a researcher, I often proofread or analyse legal translations prepared by other legal translators, as well as students or individuals who do not specialise in this type of translation. In the case of the latter group, substantive errors can be easily noticed. However, these errors are usually not a matter of carelessness (although it sometimes is the case) but are due to the lack of general understanding, the lack of a certain degree of ‘suspicion’ in relation to the English or Polish equivalents found in a dictionary. For example, the names of the state courts in the USA called ‘superior courts’ (depending on the state, they are at the level of a trial court or a court of appeal) tend to be mistranslated into Polish as Sąd Najwyższy (‘the Supreme Court’), sometimes of the entire United States. This is a serious mistake. Not to mention that even the apparently obvious term ‘Supreme Court’ may involve a trap, as in the State of New York the Supreme Court is a court located lower in the hierarchy, acting basically as a trial-level court.

The characteristics and level of difficulty of legal translation should be taken into account when ordering an interpretation service during negotiations with a client, the translation of a contract, the translation of an online store’s T&Cs or privacy policy, the translation of a notarial deed or a letter received from a foreign tax office, etc. Translating these types of documents is very often not as easy as it seems at first glance, especially to those unfamiliar with the industry, and only people with specialist knowledge and expertise can do this correctly.

At EngLaw, I offer a full range of expert translation services concerning legal texts and a variety of official documents, from simple to highly complex ones. This also includes certified (sworn) translation services, where the translated document is to be submitted to certain authorities or presented to anyone who expects the translation to bear an official seal (or electronic signature) to guarantee its reliability. Combining linguistic, translation and legal qualifications, I take care of both the language and subject-matter sides of any translation assignment. When ordering a translation of a document at EngLaw, you can be sure that it will be performed by a Polish-English and English-Polish sworn translator with a legal background, and that the highest standards of diligence will be maintained.