How does professional legal knowledge help with translation? 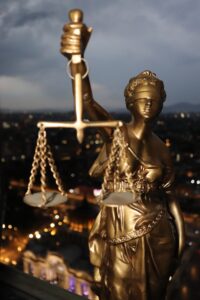 How does professional legal knowledge help with translation?

The translation of legal texts requires knowledge of both law and legal language, including terminology, characteristic structures and elements of grammar, as well as knowledge of the legal reality of the countries whose languages are being translated. Specialising in the language of law, as well as gaining an insight into the legal systems of the relevant countries, takes a lot of time, but this can be done by any translator. However, could it be concluded that a translator with a legal background has an advantage in some respects? Or that a lawyer will always be a good legal translator?

First of all, the answer to these questions requires a discussion of the relationship between law and language. To put it short: law is language. The law may come into existence if its norms formulated in a language are made binding in an appropriate procedure. Regardless of whether it is a statute, an administrative decision or a court judgment, legal norms (individual or general) gain force in the form of language and through language. This has a number of implications, starting with the fact that the concepts of law or legal language are inextricably linked with the culture and legal reality of a given legal system. Thus, Polish law and the Polish legal language, for instance, are deeply rooted in the Polish legal system and its tradition. It also means that the language of a certain country’s law is not a simple code that can be ‘converted’ into another language code.

It follows from the above considerations that it is necessary for a translator to get to know very well the legal reality of the countries whose languages he or she is going to translate. The matter is more complex with languages being official languages of multiple countries and jurisdictions. It is because differences may appear at the conceptual level, leading to the disparate understanding of particular terms in different jurisdictions. There may also exist different legal terms that refer to the same concept. A prime example is English, which is the official language (formally or de facto) in dozens of countries, and even taking into account its two main varieties – British English and American English – one must consider the different legal systems of the United Kingdom and the United States (not to mention the fact that the laws in force in Scotland or particular US states also differ in many respects). Moreover, English is one of the official languages of the United Nations, NATO and the EU, i.e. international organisations operating at the supranational level, and their legal documents are also peculiar to them. There are, of course, many universal elements to be found in Legal English, and this is due to the connection of this language with the legal culture of common law (different from the continental civil law), which, from its source in England, spread to much of the Anglophone world. It is worth noting, however, that also among the English-speaking jurisdictions you can find ‘islands’ of the civil law culture, such as the US state of Louisiana.

What competences does legal education give?

How can professional legal knowledge help in the context outlined above? At the outset, it is worth noting that professional legal knowledge is understood here as information gained in the course of legal studies or further stages of education in this area, or practice of the legal profession. This knowledge undoubtedly facilitates the understanding of the legal reality in which the translator finds themselves when translating. Therefore, preparation for the role of a legal translator takes someone like that less time. Apart from this advantage, there are at least two more important points. The first is a broad view of the legal system and good orientation in its meanders, which are skills acquired over many years of education. They are difficult to obtain for a person who explores law on their own. The specific way of thinking that develops during legal education, which helps to properly understand the content of juridical acts, regulations, contractual provisions and their context, is also important. This competence is extremely valuable when translating legal documents; it is not to say that the translator construes the document in their own way and then translates it (which is unacceptable), but that he or she is able not only to understand the translated content but also to see various possible interpretations or the potential risk of ambiguity or meaning distortion due to the use of certain words, structures or patterns in the target language. A deep understanding of the translated text is extremely important to ensure correct translation. As you can see, the legal knowledge gained during professional legal education can help the translator – however, it is not so much about the knowledge of the content of the regulations as about the orientation and unique way of thinking developed during the study of law.

A lawyer as a translator?

What lessons can we learn from this? Both substantive knowledge and translation skills are vital. And while a translator who is highly familiar with the legal realities as well as law and legal language can successfully cope with a given legal translation task, this will not always be the case with a lawyer who knows a particular foreign legal language but does not have a translation background. A professional translator with a subject-matter background will have a certain advantage over both, at least in some situations, including complicated substantive and translation problems.

At EngLaw, we offer the latter combination. Our translations are performed by a sworn translator of the English language with a master’s degrees in law and English studies. Thanks to this, we can provide a high-quality legal translation – both in terms of the language and subject-matter. We invite you to takee advantage of professional legal translation services – certified and ordinary.

Feel free to use our professional certified and ordinary translation services.

Remote and online services around the world